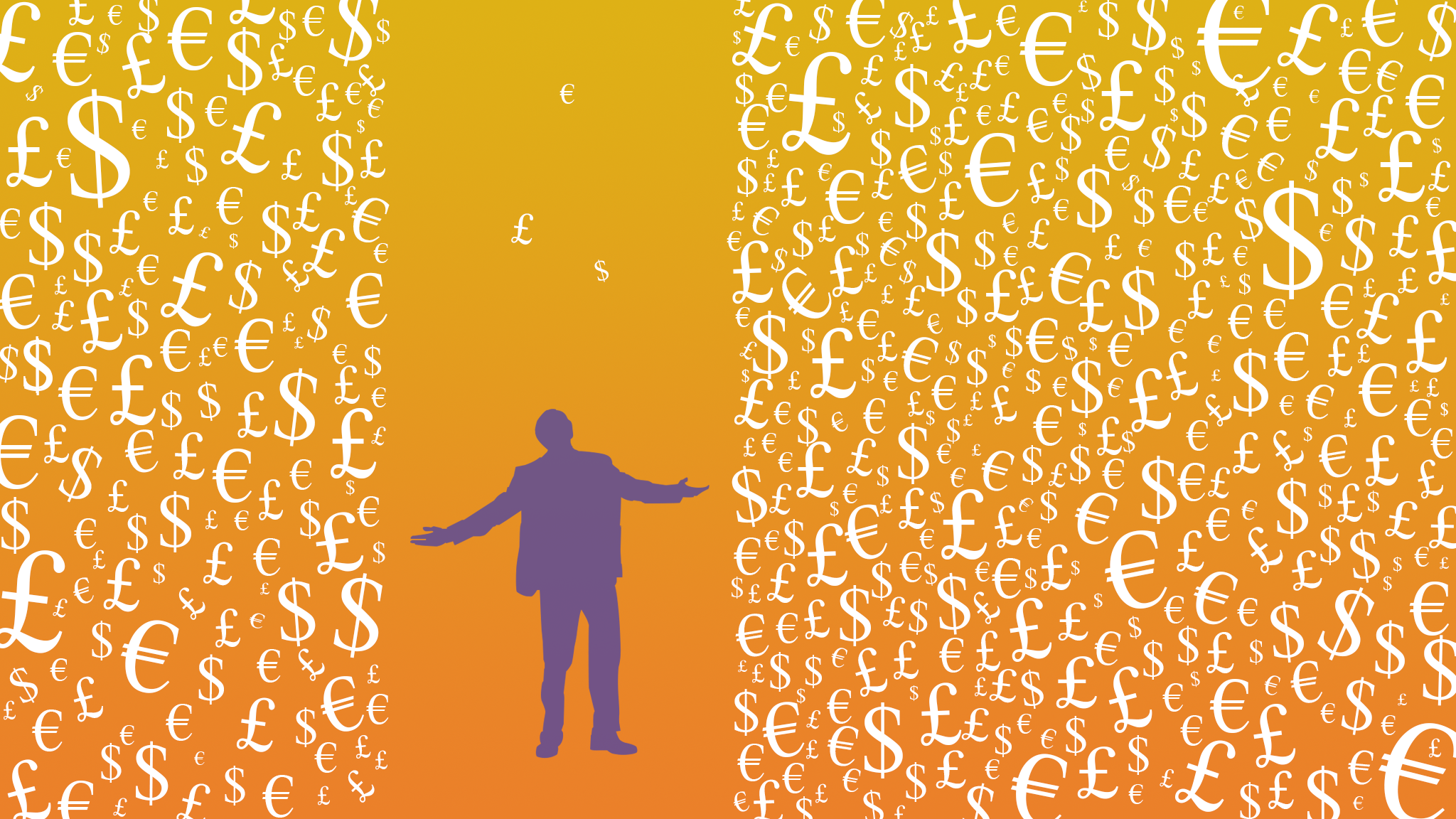 With governments across the world launching gargantuan financial rescue measures to respond to the coronavirus pandemic, there is a huge opportunity to think more creatively about these kinds of initiatives for the future.

Where does all the magic money go?

For a set of very different reasons, prior to the coronavirus many governments have been utilising Quantitative Easing (QE) for a long time to stimulate economies and to manage the fallout from the 2008 financial crisis. QE is a technical way of saying trillions worth of currency has been pumped into the financial system by Central Banks to stimulate economies.

Normally society does not pay much attention to news of fiscal stimulus packages or QE programmes. They belong to the opaque worlds of financial markets and banks, obscured by technical language and overcomplexity. Yes QE is very different to the kinds of drastic economic measures being deployed by governments in response to this pandemic . But they are both in a sense a form of rescue. For obvious reasons, the coronavirus now shines a light on what stimulus packages are and mean.

Governments have needed to and are rapidly responding to the coronavirus pandemic. Their responses won’t be perfect, it is unreasonable to think they will be. But as we move forward and look to the future it is essential that governments and institutions ponder and reflect on the effectiveness of financial stimulus packages. Not just in the context of catastrophic global and national shocks but what they mean in “normal” conditions too.

Do the waves of billions of liquidity in QE designed to stimulate economies actually create positive ripples that reach businesses and people who need it? Or do these billions of euros, sterling and dollars just get stuck in the financial system? (In addition to all the capital generated through quantitative easing, we also have to remember most western governments are also massive borrowers on capital markets). Governments, institutions and society need to ask how effective all this capital is in stimulating economies. What mechanisms are there to track effectiveness? What scrutiny is there of how capital is deployed?  In other words, where have all these billions and billions and billions of capital gone?

New forms of interest and scrutiny

Now in the genuine panic of the coronavirus, citizens are rightly asking how the billions and billions of emergency money their governments have promised will be distributed and how quickly? How will these funds be used and what will they achieve? The US Government has passed a 2 Trillion Dollar stimulus and rescue package, the largest in its modern history. The UK Government has announced a wave of measures amounting to hundreds of billions of pounds. Germany has suspended its non-borrowing policy to unleash a €750 billion financial package.

This is a war and nations must respond to such shocks. Now, more than ever, stimulus packages need to directly and rapidly reach those in need. But will we be looking back wondering where all the money went? Will business, society and people actually feel the impact? This time, people and business need to directly feel the impact of the trillions of money being printed (made up) and borrowed.

An opportunity for a redesign

Looking forward, with hope and optimism, the shock of the coronavirus pandemic represents an opportunity to rethink and redesign what economic responses are. The time for that redesign is not right now. Governments need to act and iterate, there is no time for protracted bureaucracy.  But as things improve, governments, institutions and politicians across the globe would do well to explore creative ideas for better spending initiatives.

Rather than pumping money into the financial system, are there more creative ways to deploy capital in the future? Post this crisis, future economic stimulus could be designed to be much more directional – including giving money to citizens. (I personally separate the necessities or drivers of economic stimulation and the idea of a universal basic income).

Rather than pumping trillions into the financial system, more capital could go directly to small businesses, or into innovation grants, science and start-ups. Sure there are existing schemes, but they could be so much more impactful and used to distribute capital differently.

These are not new ideas. Many economists question the effectiveness of QE.  Some have argued for “Quantitative Easing for the People”.  In 2015 nineteen prominent economists wrote an open letter to the Financial Times entitled “Better ways to boost the economy” about alternatives to QE. One paragraph reads

“There is an alternative. Rather than being injected into the financial markets, the new money created by Eurozone central banks could be used to finance government spending (such as investing in much needed infrastructure projects); alternatively each eurozone citizen could be given €175 per month for 19 months which they could use to pay down existing debits or spend as they please. By directly boosting spending and employment, either approach would be far more effective than the ECB’s plans for conventional QE.”

There is also an opportunity to reframe what stimulus packages are for. Right now people across the globe are in this period of global lockdown reflecting on what’s important, what they value and thinking about their future. New perspectives and priorities will emerge. These need to be reflected by governments across the world in their actions and spending for them to serve their citizens. Stimulus packages need to be reimagined and redesigned.

The UK Prime Minister, Boris Johnson, or his adviser (intentional use of singular), is picking up on the signals, remarking in a video address on 29th of March that “there is a society”. An intentional quote whose timing can’t be a coincidence that directly contradicts Margret Thatcher’s ideology that there was no such thing as society. Time will tell whether this indicates some kind of genuine political shift or whether it was simply a positive soundbite in a moment of crisis.

So do stimulus packages, including quantitative easing, have to be about big business and the financial system? What about fostering entrepreneurship? What about art, theatre, music and innovation? What about creative use of subsidies for carers? What about National fun and wellbeing? These are all things that could benefit from the billions and billions and billions of capital that is printed, made up and borrowed by governments. What about the way the BBC is funded? The coronavirus shows very clearly that not everything should be left to market forces.

A rethink and redesign of future budgets and stimulus packages by governments should also include how they communicate their impact. Institutions like governments and banks tend to be terrible storytellers. The former, except when fighting elections of course. The positive things institutions do, including the EU for example, are generally not communicated or positioned very well. Something which is compounded by the loss of trust and that people had stopped listening.  But people are listening now. Listening and watching intently in a time of global crisis. Governments can seem out of touch. From the theatre of their briefings to details like Michael Gove’s bizarre title – Chancellor of the Duchy of Lancaster. What is that anyway?

To conclude, there is an opportunity, a necessity in fact, for governments to rethink their approach to future stimulus packages. Societies globally need and deserve better impact for the mind numbing sums of money that central banks inject into the “financial system”. This capital could be much more impactful, directly improving the lives of citizens and society. Governments should make reshaping their approaches a priority once the pandemic is beaten.